Amazing Exhibitions in Tuscany by the worlds most famous artists 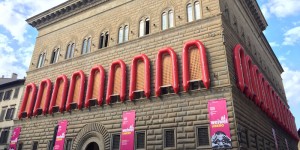 What’s deemed as the Tuscan exhibition of the year is dedicated to, the most famous living Chinese artist, Ai Weiwei. ‘Reframe’ is a provocative exhibition that plays upon poignent events from the past few years. For example, the installation of the life rafts, symbolising the plight of migrants trying to reach Europe in escape of poverty and war. Ai Weiwei’s exhibition demonstrates a deep sense of rebellion against Chinese and Western censorship. An interesting and thought provoking exhibition that will definately leave you feeling inspired but also in slight despair of the human cause in 2016.

The dream of the classic” dedicated to one of the most important artists of the twentieth century, a leading exponent of Surrealism: Salvador Dali. In the Blue Palace in Pisa, a selection of works that put the spotlight on the great inspiration that Dalí draws from the tradition of masters such as Raphael and Michelangelo.

Salvador Dalí also the champion of a major exhibition in Versilia, Pietrasanta. From November 12 to February 5, the Spanish surrealist sculpture and imaginative artist with the exhibition “Between Dream and Reality.”

You can admire 50 works by artists such as Francis Bacon, Pablo Picasso, Andy Warhol, Marcel Duchamp, Lucio Fontana, Umberto Boccioni, in an exhibition that stretches for 3 thousand square meters in an artistic path that is configured as a kind of distance exercise, which led him to see our present from a distance. Along the way the audience will experience the feeling of being projected to a few thousand light-years away, to review today’s world like a fossil record, far geological eras from the present time, with the feeling of being suspended in a limbo between a now distant past and a future still distant. 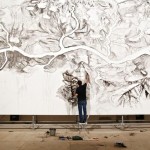 Do not miss the exhibition “The End of the World” at the Centre for Contemporary Art Luigi Pecci, who recently re-opened after the completion of the extension work: up to 19 March 2017

A selection of big sculptures made in the most amazing bronze, famous and mystical with which Dali has reworked the themes of his painting as the giant “Space Elephant”, more than 7 meters, or the gigantic cosmic rhinoceros “Rhinoceros Cosmique” of 4 meters, but even smaller but very damose works such as the famous soft watch “the Dance of Time”.